Alpha Plus Group > Our Independent Schools > Falcons School for Girls

The Falcons School for Girls began an exciting new era in 2014 when it relocated to larger premises in Putney. Outstanding facilities are provided across four Edwardian Houses in Woodborough Road, a leafy conversation area. 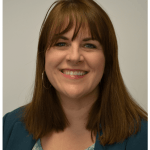 Born in Spain, Sara Williams-Ryan grew up in Switzerland where she studied History at the University of Geneva before moving to the UK, completing first a PGCE and then a Master’s Degree in Education.

She joined Peregrines Nursery and The Falcons School for Girls in September 2018 from Emanuel School, where she was Head of Modern Foreign Languages and, for the past 13 years, on the Senior Management Team as Assistant Head Pastoral.

She believes passionately in the close links between academic achievement and emotional wellbeing, and in schools’ essential role in preparing children for all aspects of life in our fast-changing world.

Sara is married with twin girls, now at university. She loves music and dance and in her spare time volunteers for a hospital radio.

“It is great to be able to share best practice with other high quality schools and professionals in the Alpha Plus Group.”

Mark Snell, Headmaster of Wetherby Pre-Preparatory School
We use cookies on our website to give you the most relevant experience by remembering your preferences and repeat visits. By clicking “ACCEPT ALL”, you consent to the use of ALL the cookies. However, you may visit "Cookie Settings" to provide a controlled consent.
Cookie SettingsReject AllAccept All
Manage consent

This website uses cookies to improve your experience while you navigate through the website. Out of these, the cookies that are categorized as necessary are stored on your browser as they are essential for the working of basic functionalities of the website. We also use third-party cookies that help us analyze and understand how you use this website. These cookies will be stored in your browser only with your consent. You also have the option to opt-out of these cookies. But opting out of some of these cookies may affect your browsing experience.
Necessary Always Enabled
Necessary cookies are absolutely essential for the website to function properly. These cookies ensure basic functionalities and security features of the website, anonymously.
Functional
Functional cookies help to perform certain functionalities like sharing the content of the website on social media platforms, collect feedbacks, and other third-party features.
Performance
Performance cookies are used to understand and analyze the key performance indexes of the website which helps in delivering a better user experience for the visitors.
Analytics
Analytical cookies are used to understand how visitors interact with the website. These cookies help provide information on metrics the number of visitors, bounce rate, traffic source, etc.
Advertisement
Advertisement cookies are used to provide visitors with relevant ads and marketing campaigns. These cookies track visitors across websites and collect information to provide customized ads.
Others
Other uncategorized cookies are those that are being analyzed and have not been classified into a category as yet.
SAVE & ACCEPT
Powered by