Hilden Grange School is a thriving co-educational IAPS Preparatory School catering for children aged between 3 – 13 years.  It was founded in 1934 and became part of the Alpha Plus Group in 2010. The School is situated in Tonbridge, Kent.

The school provides a stimulating, friendly and secure environment in which each child’s potential may be realised in the academic, creative, physical and spiritual areas. Pupils strive for high standards, both inside and outside the classroom, take pride in their achievements, and enjoy participating wholeheartedly in the life of the school.  They are unpretentious and family focused.

Pupils gain academic, music and sporting scholarships to local Independent Schools and these include Kent College, Tonbridge and Coombe Bank. Over 90 scholarships have been won over the last 10 years, a testament to the schools high teaching standards. 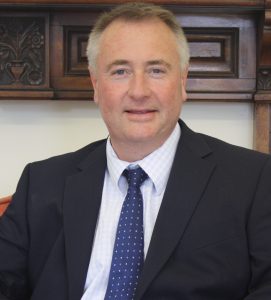 Malcolm was previously the Executive Head of Benedict House and Wickham Court schools. Prior to this he was Head of Sutton Valence Preparatory school. Malcolm has acted as the Director of Studies and Head of Teaching and Learning of the Schools at Somerhill where he had the oversight of the academic provision at Yardley Court, Derwent Lodge and Somerhill Pre-Preparatory school. His first job in teaching, after arriving from South Africa in 1989, was at Winchester House where he was a Housemaster, Head of History, Head of Hockey and Director of Studies.

Malcolm holds a Bachelor of Arts and a Bachelor of Law from Rhodes University, as well as a Masters in Public Law, gained with Distinction, from the University of Cape Town. While teaching at Winchester House, Malcolm took a PGCE at secondary level in History and Law through the Open University. He has a keen interest in sport, both as a coach and player.

“All schools in the Group share the same sense of purpose and direction. Our community promotes a sense of global citizenship and connectivity”

Kate Bailey, Head of Wetherby-Pembridge School New York
We use cookies on our website to give you the most relevant experience by remembering your preferences and repeat visits. By clicking “ACCEPT ALL”, you consent to the use of ALL the cookies. However, you may visit "Cookie Settings" to provide a controlled consent.
Cookie SettingsReject AllAccept All
Manage consent