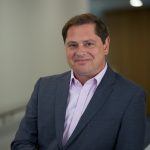 Since that time Julian has led Abbey College from a small tutorial college to become a thriving boarding school delivering a high quality education for more than 400 international students.

“It is a rare privilege to be part of an educational group that has such an informed and profound understanding of what excellence looks like in schools. APG has top professionals in their fields in each department. The ‘Gold Standard’ is not only an aspirational strapline; it is also descriptive of how APG operates on a day to day basis.”

Malcolm Gough, Headmaster of Hilden Grange School
We use cookies on our website to give you the most relevant experience by remembering your preferences and repeat visits. By clicking “ACCEPT ALL”, you consent to the use of ALL the cookies. However, you may visit "Cookie Settings" to provide a controlled consent.
Cookie SettingsReject AllAccept All
Manage consent