We are pleased to announce that Malcolm Gough has accepted the position of Head of Hilden Grange, starting in September 2019.

Malcolm is currently the Executive Head of Benedict House and Wickham Court schools and he was previously the Head of Sutton Valence Preparatory school.

Prior to this Malcolm was the Director of Studies and Head of Teaching and Learning of the Schools at Somerhill where he had the oversight of the academic provision at Yardley Court, Derwent Lodge and Somerhill Pre-Preparatory school. His first job in teaching, after arriving from South Africa in 1989, was at Winchester House where he was a Housemaster, Head of History, Head of Hockey and Director of Studies.

Malcolm holds a Bachelor of Arts and a Bachelor of Law from Rhodes University, as well as a Masters in Public Law, gained with Distinction, from the University of Cape Town. While teaching at Winchester House, Malcolm took a PGCE at secondary level in History and Law through the Open University. He has a keen interest in sport, both as a coach and player.

We all look forward to welcoming Malcolm to Hilden Grange and to Alpha Plus.

“Our mission at Alpha Plus is to give every child in our care the very best possible start in life.” 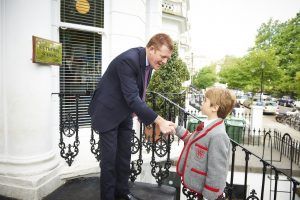 Our building is currently closed in accordance with Government requirements. However, we are very much open for business and can be contacted via email at enquiries@alphaplusgroup.co.uk.