Alpha Plus to open school in New York City 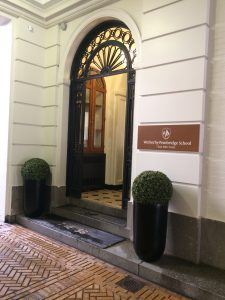 Alpha Plus Group is delighted to confirm that we will open a new school in New York City in September 2017.

The school, which will be called Wetherby-Pembridge School New York, will be located in a superb building on the Upper East Side on East 96th Street near Central Park.

Students will enter the school at age 3, in a co-educational setting, where they will spend their first two years in Nursery& Reception (Preschool & Prekindergarten). They will then progress to Year 1 (Kindergarten) and be entered into separate forms of boys and girls, which will run initially to Year 6 (Grade 5). The boys’ form will be called Wetherby and girls’ form will be called Pembridge Hall.

Refurbishment works will commence on the school’s building this summer in order to have everything in readiness for September 2017.

The school will have a capacity of approximately 280 students and will follow the English National Curriculum. This curriculum option, combined with our own bespoke academic curriculum at Wetherby School and Pembridge Hall, will prepare children for top onward schools in the UK, the US and internationally and will be appealing to many families in New York.

The search for a Headteacher for the new school has already commenced, which will be followed by the recruitment of the Leadership Team and staff.

Further details about the new school will be announced in due course.

Queries about the new school are very welcome and can be addressed to the Alpha Plus Group office on +44 (0) 20 7487 6000 or to enquiries@alphaplusgroup.co.uk